I’ve been on Tiktok for less than a year and in this short period, I have seen how the algorithm works – and doesn’t work – for creators who are using the platform for education, activism, and social awareness. Being a brown woman, I already started on the back foot. According to Tiktok, addressing critical race theory is now a bannable offense. But let’s go a further back.

During the height of the pandemic and the rise of protests following the murder of George Floyd in the US, a number of Tiktok creators said they have experienced noticeable declines in viewership and engagement on their videos after posting content supporting the Black Lives Matter movement. Some even saw their content being flagged as going against TikTok’s community guidelines. Even though the app vehemently denies “shadow banning”, BIPOC creators, the decline in viewership on those particular videos speaks for itself.

In 2021, a popular black creator named Ziggi Tyler posted several videos showing how he could not include phrases in his bio including the word ‘Black’ without being flagged for what Tiktok called “inappropriate content”. After which, Tyler tried a number of phrases, including ‘Black Lives Matter’, ‘black people’, ‘black voices’, and ‘black success’ – all of which immediately triggered a pop-up message prompting him to “remove any inappropriate content”, according to NBC News.

Though the app, owned by Chinese company ByteDance Ltd., has apologised to black creators in both 2020 and 2021, little has changed. The second apology came after a blackout on the app calling for Black creators to be treated more fairly and be free of censorship and content suppression. The Institute for Strategic Dialogue has proven that extremists, neo-Nazis, and other white supremacist groups are able to easily spread racist, misogynistic, homophobic, and transphobic content without the same scrutiny by the TikTok moderators. It takes mass reporting from users for the social media platform to acknowledge hateful content.

Rewind to late 2021, a creator named Misfit Patriot posted videos bashing an indigenous creator, Modern Warrior, who belongs to the Native American Navajo people and has been vocal about issues of Indigenous Americans. Misfit Patriot not only made content suggesting that MW was a paedophile, has posted multiple videos making racist remarks and using the N-word that have gone unchecked – even after his original account was banned due to mass reporting.

Most recently, a black creator named @amfwriter, a writer and publisher named Aricka Foreman, was banned from live streaming access for discussing critical race theory, which apparently goes against TikTok’s community guidelines. In a livestream hosted by @watchmylegs, a popular communist creator who educates people on leftist theory, Foreman’s participation was taken down after she quoted a text using the N-word – something @misfitpatriot said without having his content taken down by TikTok’s own moderators.

Foreman, the writer of the poetry anthology, Salt Body Shimmer, was alerted that a new designation under Hate Speech, according to TikTok’s community guidelines, is “addressing [Critical Race Theory]”. Because of this, her access to live streaming was banned. She appealed the decision but was informed that addressing CRT is in violation of the app’s community guidelines. Students airing their grievances on the website ‘Students for Change’ report that their videos supporting BLM, speaking out on the racism on the app, or anything that has to do with black people, TikTok has taken down for hate speech and even went so far as to demonetise the word ‘black’. Now, CRT has been added to that list of things we can’t mention.

In a letter, Foreman addressed it to TikTok. Here is an excerpt:

Several points to make, and questions that I have:

1) I am an academic scholar. Critical Race Theory, much like Afropessism, much like Muriel Rukeyser’s study of poetry and emotional intelligence as rigorous a lense for sociopolitical study and scholarship; much like Toni Morrison’s praxis of language and literature as a way to centre history: all of it is cited and sourced, and none of it is hate speech. Am I to believe that any educational endeavour should be categorized as hate speech, because of dissenting opinions? And who decides? Who are the arbiters?

2) Beyond my own bewilderment, on an application that freely gives first amendment rights to actual radical white supremacists; that grants carte blanche to the nuanced and overt language of those who think it’s a joke to abuse minors, and do so often: please point to me what is “hateful” about a critical, scholarly lens? It’s not an ideology. It’s a praxis to critically understand legislation, and it’s the lineage of historical precedence and the contemporary historical impact.

3) While I’ve longed understood in the short time that I’ve joined this app, this “mysterious” algorithm does not protect the voices of Black people and especially Black queer women, I’m shocked a class action lawsuit has not been pursued in an impactful enough way to encourage your staff, investors, etc. to make different choices.

The fact that you have “addressed CRT”, which has been usurped by actual white supremacists who rage farm in order to add to their radical ranks in order to undo the very fabric of our constitution and justice system, is not only wild. It’s egregious. And your culpability is dangerous.

I would love a full accounting, not apprehended by bots or fielded through an algorithm of checks and balances that are clearly skewed and biased.

I look forward to extending this dialogue further.

Just like the prejudices people of colour are made to navigate in a white-centric society at large, social media has a specific and underhandedly violent way of frustrating POC creators to other spaces – letting them know that this is not a place for them. This is despite POC creatives being the backbone of content creation and trends on social media. However, white creators get away with community guidelines violations such as doxxing (sharing content that threatens to release another user’s personal information), hate speech that is often illegal (like the K-word in South Africa), and death and rape threats.

A lot is hidden behind right-wing dog whistles such as using “88” in user names (meaning “Heil Hitler”), among other signifiers of bigotry. Racists and misogynists are comfortable being bigoted on the app because they don’t face consequences while POC constantly battle for views and creator status that may one day become a career.

Even though TikTok was initially created for short, fun videos aimed at teens, it has grown into a beast of its own that provides people with a creative and innovative platform by which other users can engage in interesting and unique ways – including activists. Even in terms of POC content, cultural appropriation is on full display with black folk being the trendsetters in the US. However, with the ways in which trends get shared, black creators can often be left without credit by white users.

POC content being hijacked by white creators is not unique to TikTok and has happened in multiple instances with the YouTube comedian Sailor J’s audio being stolen for a white creator’s content on TikTok. The original video was removed from YouTube, with the white creator being credited for one of the most viral makeup tutorials in 2020. No matter how frivolous, POC content creation always finds its way into politically charged spaces and discourse.

If the content is seen, POCs are regularly met with racist comments, slurs, and private messages of hate and death threats. Trolls mass-report POC creators’ videos in an effort to get them taken down. Videos calling out other accounts’ racist posts to the original post get flagged for “harassment and bullying” or “hate speech” and be removed from the app while the posts full of hate by white creators stay online for the world to see. It’s like navigating a shark tank but having to trust the sharks to guide you out.

In conversation with Foreman, she said ​​it’s draining when you have to live in a black body every day and when you have a few moments of respite, you are dealing with fun apps actively sabotaging and gaslighting your experience as a person of colour.

The frustration over TikTok’s moderation is a recurring pattern where people of colour on the app are subject to targeted censorship, which are sometimes explained away as “technical errors”. However, these technical errors, according to a user named ACAB Truth, included videos of black creators stitching white people’s racist rants and analyses of the January 6, 2021 insurrection of Washington DC being flagged or taken down. Meanwhile, those original racist rant videos were left up and videos of creators admitting to being at the insurrection were boosted to the “for you page”.

The creative spaces are fraught with politics and TikTok is no different. Severe damage has already been done to black creators and other POC tiktokers while white violence has seemingly been immune to the online moderation and AI system that apparently has it out for people of colour from all parts of the globe. Until these apps sort out their right-wing problem, online spaces are not safe for POC creators. 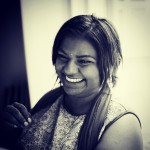 ‘Ants From Up There’: An overplayed review ...

How we are tolerating slavery in today’s ...