Why Remakes Can Actually be Better When it Comes to Films

Now, what do Carrie, The Witches, West Side Story, Charlie and the Chocolate Factory, and the upcoming Firestarter all have in common? They are just a number of films that have been remade even though the original versions were both iconic and popular.

When remakes make the difference

However, just what is it about the remakes that were different, what was it about them that made them which gave them their own take? Well as someone who has seen all of the ones that I have just mentioned I can list a few.

– A more diverse cast was used

In The Witches` 1990 version, the main character, Luke, is restored to human form at the end of the film. In the new version, he remains a mouse. Interestingly, the other change is the time setting; the original is set in the early ’90s whereas the remake is based in the ’60s, also, there is the introduction of a character from the original who wasn’t featured in the book.

The character of Ms. Irvine, the Grand High Witches’ assistant is played by Jane Horrocks. At the end of the original, she changes her alliance and restores Luke to human form, though you would have to ask what her actual purpose in the story was because apparently when they made the film they did two endings; one of which was in line with the one from the book where he remains a mouse, the other where he becomes human again.

When I read about the book version and compared it to the film adaptation I did wonder why she was ever there at all. You would have to wonder what purpose her character could have served towards the end as she is seen avoiding the fate that befalls both the Grand High Witch and the other witches. However, because they wanted a more happy ending they went with the director’s version, so unless that was Ms. Irvine’s purpose we’ll just have to wonder.

West Side Story; the original had a lack of American Latina actors and actresses whereas in the remake all Latina characters are played by actual Latina actors and actresses. Interestingly, there is a character called Anyways who is depicted as a tomboy in the original, however, in the recent adaptation is depicted as a trans character. This was something which I think was quite witty considering the era of the time, showing a depiction of both LGBT + and American Latina representation.

Charlie and the Chocolate Factory, in the original there was very little to hardly any backstory with any of the characters apart from how they got their golden tickets. In the remake, you got a backstory into Mr. Wonka’s past including how he met the Oompa Loompas. Another thing that the new adaptation goes into is what happened to all five children after their visit to the Chocolate Factory.

Now as with any remake there are always those who criticise them, accusing the film industry of a lack of originality and attempting to recapitalise the original. However, as someone who has seen both originals and their remake counterparts, I tend to look at them in a more positive way.

It gives those involved a chance to tell the story differently, and use characters that give a more honest representation of what is trying to be depicted. Something else that you will definitely have noticed is the ending because in some of them they remain faithful to the novelization of the story rather than what the first film version did.

This is what they did in both Charlie and the Chocolate Factory and The Witches. The original of the two both went into a sort of ‘and they all lived happily ever after sort of ending whereas the remakes abandoned at least part of that.

Another film I can think of is the live-action version of the Disney classic, Aladdin. In both versions of the film, Jaffar is defeated and Aladdin and Jasmine get together,  however, in the latest adaptation there are a couple of changes; Jasmine is portrayed as a strong-willed feminist who not only gets together with Aladdin but also becomes the new Sultan.

Other differences are the introduction of two new characters that weren’t in the original, one of whom was a maid who begins a relationship with Will Smith’s Genie. The other was the background into Jaffar as we get to see why he became the archetypal village character. In this instance, he isn’t so much after power but felt surprised by the Sultan, Jasmine’s dad constantly telling him to ‘know your place’ and making him feel inferior and disregarded. Something he actually got sick of so at least you see why he became the way he did.

When I watched this version is that I noted that the writers and directors something quite clever and showed both the Genie and the Maid as an already established couple, the events of the film are depicted as a past event told as a story to their children.

This is what I thought was quite a clever move and helped put a new direction on the main story itself. It also helped tell it from an alternative angle.
Popcorn anyone?… 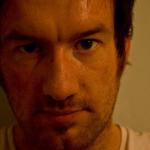 Amit Lahav, Gecko and ‘The Wedding’